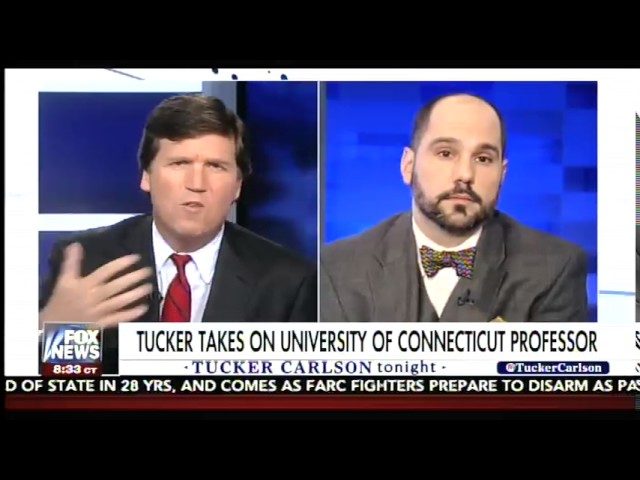 Tucker Carson clashed with a sociology professor at the University of Connecticut who believes that white supremacy helped put Donald Trump in the White House.

Carlson began the discussion by asking Hughey to explain how white supremacy caused the election of Donald Trump. And it was all down hill from there.

Carlson immediately pointed out that slavery was non-voluntary, unlike America’s current immigration system.  Carlson also pushed on the professor to explain why a white supremacist nation would allow millions of minorities to immigrate.

“People are pushed in or pulled in to different nations for economic reasons, political reasons, what have you. The United States trades on using immigrants to do labor that the dominant class often doesn’t want to do,” the sociology professor said.

The desperation of the political and academic left to explain Trump’s unlikely victory has spanned the entire spectrum of wild ideas.  Will they ever come to the realization that the reason they lost is because their candidate was corrupt?  I am betting not.

Conway: “Where the hell were those Democrats when veterans were dying?”

Clueless – Democrats Continue to Wander Aimlessly in the Wilderness