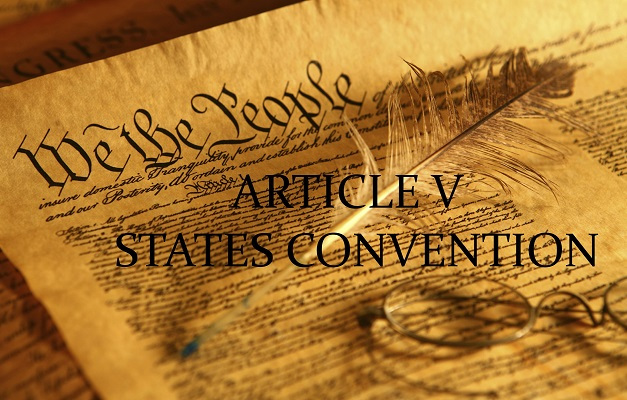 Our founders designed a system that was intended to work for the people, not in spite of them.  It would work because it would be led by true public servants, men whose patriotism and love of justice would overcome self-interest or short-term motive.  Our founders would be outraged to see our leaders in Washington today, perched comfortably atop a broken system of their own design; one that is so big and complicated that only the big, the wealthy and the well-connected can handle it.

We have left behind citizen government in favor of crony capitalism, and the result is a government that no longer serves the people.  We need a fundamental reimagining of government. We know that those who benefit from the status quo will never change the status quo.  If someone has been in the system his whole life, he doesn’t know how broken the system is.

With the election of Donald Trump and the tidal wave of republicans elected in the state legislatures, there has never been a better time to reclaim our founding principles and restore our national framework to what it was originally intended.  Over the past 50 plus years our federal government has, little by little, usurped power originally reserved for the states and the American people.  The U.S. Government has grown into a multi-headed monster with each head wanting their ‘fair share’ of your hard earned tax dollars.

On Thursday, May 4, 2017, the Texas legislature passed a resolution calling for a Convention of States for the purpose of proposing amendments to the U.S. Constitution, becoming the eleventh state to do so: 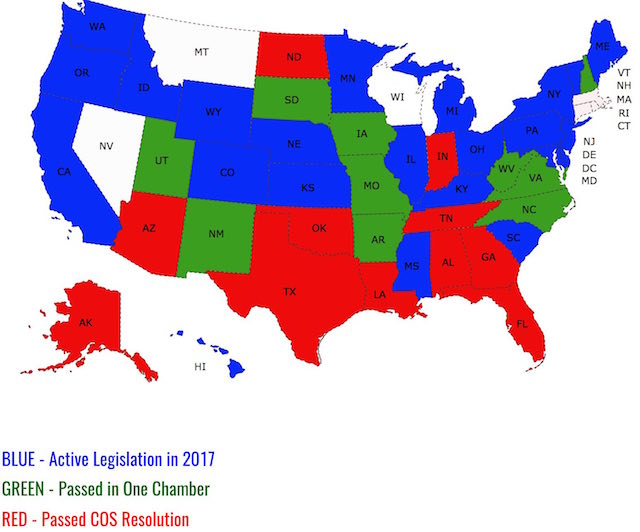 Mark Levin, Conservative talk show host and ardent Article V supporter said Texas’ passing of the resolution was bigger news than the GOP’s changes to the Affordable Care Act. “You wanna hear the biggest news today, the very biggest news today?” Levin asked his audience Thursday evening. “The Texas House just passed Article V Convention of States resolution. The Senate already passed it. So, Texas is state number 11, state number 11 out of 34 needed.”  In his book The Liberty Amendments: Restoring the American Republic, Levin goes into great detail on why a convention is the only way to reclaim our republic.

“I am telling you, this is going to be an earthquake as we get closer and closer to this,” Levin went on to say.

There has been much disinformation and growing dissension about what opponents call a “runaway convention”.  To prevent this, each state’s application must specify an amendment subject matter or matters to be addressed during the convention.  A call for a Convention of States requires two-thirds of the states to submit applications pertaining to the same subject matter.  When such a call is made, an Article V convention shall be called by the U.S. Congress.  For example, the specified topics in the current call for a convention are limited to the three following areas: imposing fiscal restraints on the federal government, limiting the power and jurisdiction of the federal government, and setting term limits for its officials and for Members of Congress.

Much of the confusion and opposition stems from a misunderstanding of the original purpose of Article V.  In Federalist No. 85, as Alexander Hamilton explained it, states did not need to call for a full “constitutional convention” since Article V provides full power to amend the Constitution.  James Madison specifically supported the use of Article V in Federalist No. 43.  False accusations that an Article V Amendments convention will result in a full-blown convention are not correct. There is no such thing as a constitutional convention – it can be found nowhere in the Constitution.

The latest spending bill is a prime example that even with a majority in both houses of Congress and having the White House, Republicans have failed (or refuse to) reign in the federal government.  Out of control spending will continue as crony capitalism and ever expanding government seem to be so deeply entrenched that Congress will never, by themselves, be able to break free of its grip.

The American heritage has always been one of fixing things, making things better, and providing the best possible life for all people here and around the world.  Nearly all agree that the government has grown out of control, resulting in a bureaucratic leviathan of inefficiency that is ineffective at providing for the common good, as it was originally chartered to do.

What could be more American than improving our ability to provide for the betterment of our society and the world by reigning in our federal system that has way overstepped its original purpose? In a way that restores power back to the states and the people just as our founders intended.

Want things to change??  Get involved:

Conway: “Where the hell were those Democrats when veterans were dying?”

Clueless – Democrats Continue to Wander Aimlessly in the Wilderness

In an era where opinion and supposition are too often substituted for fact and where journalists rush to get things first and hope their stories are correct, Punditcy.com stands out by returning to the bedrock promise of forming opinion based on fact, logic and critical thinking... but foremost we strive at getting it right.